I woke up alone to a freezing cold house. Under the duvet was cosy but the boiler was suspiciously quiet, I'd lived here for less than three weeks but already I was used to the daily noises. Definitely the boiler had not fired up. I pulled on thermal pyjamas and a dressing gown that made me look like a purple wooky and, followed by a puzzled Mortimer, I trekked through the house to the garage to see what the problem was. The boiler sat there silently. I looked at some buttons but quite frankly it was pretty useless and I knew the manual would prove the same. If I thought my French language skills were lamentable then my German was non-existent. I decided that we must have run out of oil. The previous owner had said there was about half a tank, but the tank is underground and the gauge wasn't working. 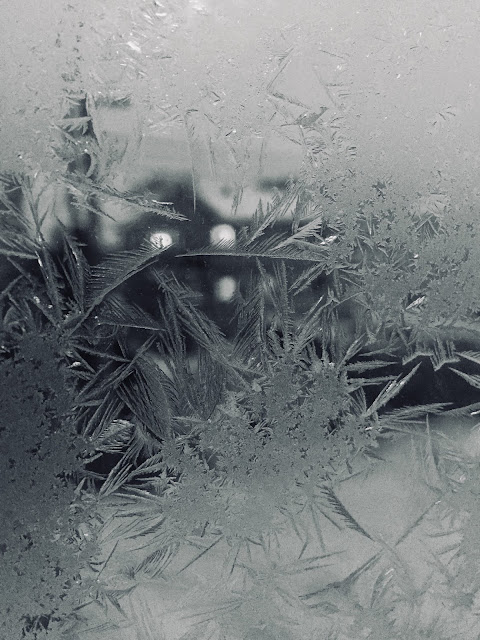 Back upstairs I had the fastest bath and hair wash you can imagine. It was minus six outside with snow forecast. Andrew had left London at 4 a.m and had a 12 hour drive home in really bad weather. He'd had to return to the U.K after we signed for the house as he couldn't work until we had internet connected, so I'd been here supervising the move and getting the house sorted. I couldn't have him coming home tired, to a cold house and a problem to solve, so it was down to me.

It was the first (but definitely not the last) time I was grateful for our decision to buy a house in a village with facilities in walking distance. I had seen a company that sold heating oil during my daily walk and at 8.30 a.m. Mortimer and I were on their doorstep trying to explain my problem. I thought the guy in the office said that he would deliver that afternoon, I questioned it - definitely after lunch today. I was so relieved.

The driver arrived and decided that I was pretty useless (probably right) and slowly took me through the procedure for re-igniting the boiler. It turned out that there was fuel in the tank but we initially thought that it must have been dirty and caused a block somewhere, fresh fuel seemed to work. It did do it again the following February and we realised that it wasn't dirt but really cold weather thickening the oil. We now buy fuel with an 'anti-freeze' additive and haven't had a problem since.

An hour later Andrew arrived home, Mortimer was beside himself - the pack was together again! He'd spent the first week lying on the balcony looking at the gate waiting for the car to come down the drive. Fortunately it was Thursday, pizza van night, so Andrew could have something tasty to eat - a kitchen didn't happen until two months ago!

We woke up to a warm(er) house, bright blue sky and snow. I walked to the boulangerie for croissant and chocos and then we went for a long dog walk. It was the perfect way to start our new adventure in France.