One of the joys of our area is the number of well marked footpaths and walks. We have several that begin in the village and are graded from the easy to a tad more challenging. We are just inside the Parc Naturel Régional de Millevaches which has some spectacular scenery and great hikes and cycle paths. Yesterday however we were taken in a different direction by friends and went to Aubazine for 'Le Canal aux Moines, l'Ermitage et le Cromlech du Puy de Pauliac' walk.

Aubazine is about a 30 minute drive from us and in a beautiful setting, centred around the 12th century Cistercian abbey. As a side note the convent in Aubazine used to run an orphanage and it was here a 12 year old girl arrived and spent 6 years learning to sew. Her name? Coco Chanel.

The monks were responsible for the Canal des Moines, started in the 12th century as a way of diverting water from the Coyroux stream to provide fresh, running water to the abbey. 1.5 kilometres long, the canal is partly hewn from rocks and partly built. Despite yesterday's damp and grey weather this section of the walk was very popular. 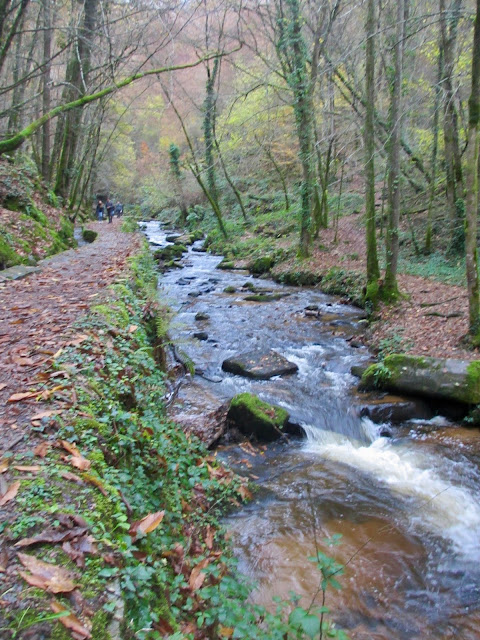 I confess I didn't realise the significance of some of the rocks that we passed, only finding out this morning that they were a neolithic stone circle consisting of 59 menhirs, so apologies for the lack of photographs. I did however recognise the hermitage, now semi-ruined buildings but still beautiful and in a tranquil spot. Part of the walk is on the Chemin de St.Jacques de Compostelle and we saw plenty of the distinctive cockle shell route signs.


The walk also went through the Puy de Pauliac quarry, now closed but at the peak of production in the 1930's it supplied paving for the streets of Paris, Lille, Bordeaux and Toulouse. The Puy is at 524 meters and is great viewing point, even in the misty weather! 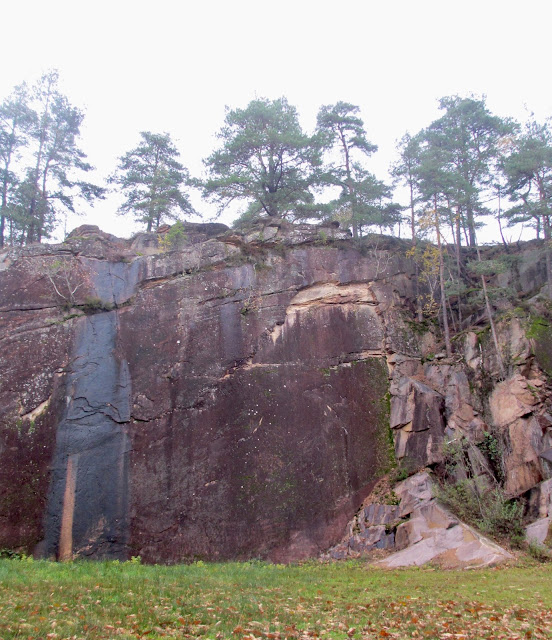 If anyone wishes to do the walk, details can be found here. You do need to be sure-footed, particularly around the quarry area as there are some quite steep steps cut into the stones as well as a lot of pebbles underfoot. I would recommend it though as it's a really interesting hike. 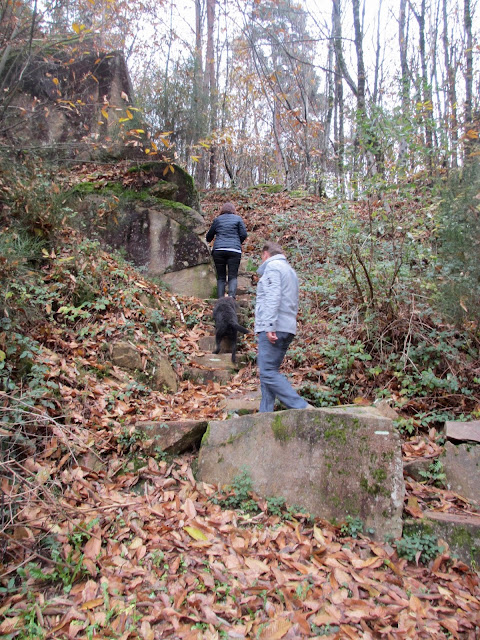 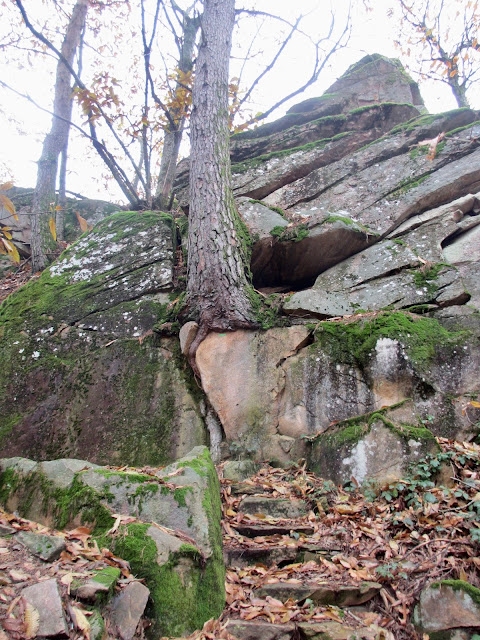 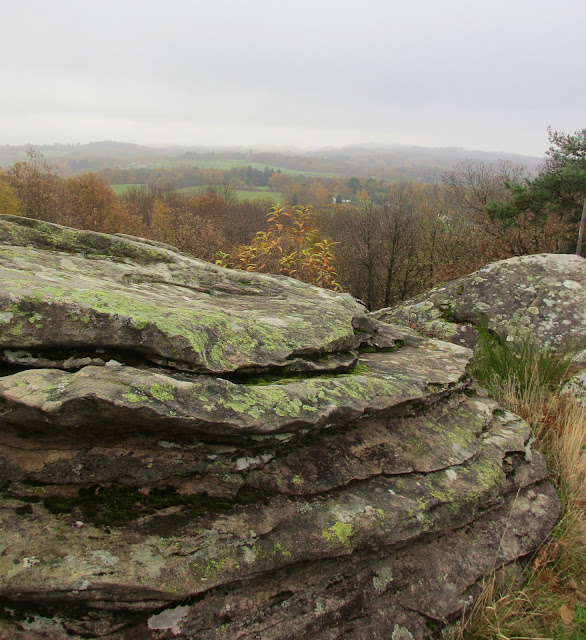 As always you are welcome to follow or friend us here on Facebook to find out more about life in Corrèze.