A dog in clover

Actually a dog and two humans, although we didn't go rolling in it, tempting though that was. One of the joys of Corrèze town is the marked walks that we have on our doorstep. This morning we decided on a favourite, 'fontaines & lavoirs' which is just a couple of hours duration.

I have become slightly obsessive at documenting the wild flowers, particularly on the verges, around us but today's walk was special. The early summer flowers were everywhere, as was the sound of bees and crickets, and we kept disturbing the butterflies. Limousin cattle were happily grazing on rich grassland and we found a field of clover that had been planted. Clover, particularly red, is used by organic farmers to fix nitrogen into the soil and reduce the need for chemicals. Bees are particularly fond of it. 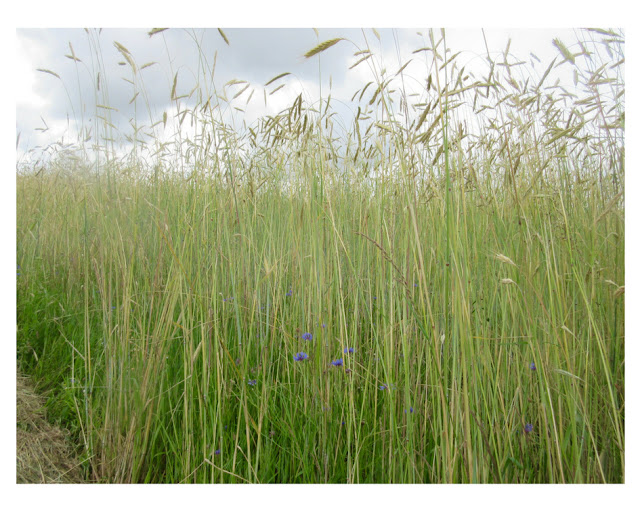 President Macron has announced a target of 15% of French agriculture to be organic by 2022 (currently 6.5%), and is helping to fund this as well as financial incentives for young farmers. In comparison 2.9% of U.K agriculture in 2017 was using organic methods, but sadly organic farming has fallen by 30% since the peak in 2008. I hope Macron succeeds so we benefit from more countryside like this.