I'm sure that this will not be the last post I write with that heading but this one concerns French post boxes. 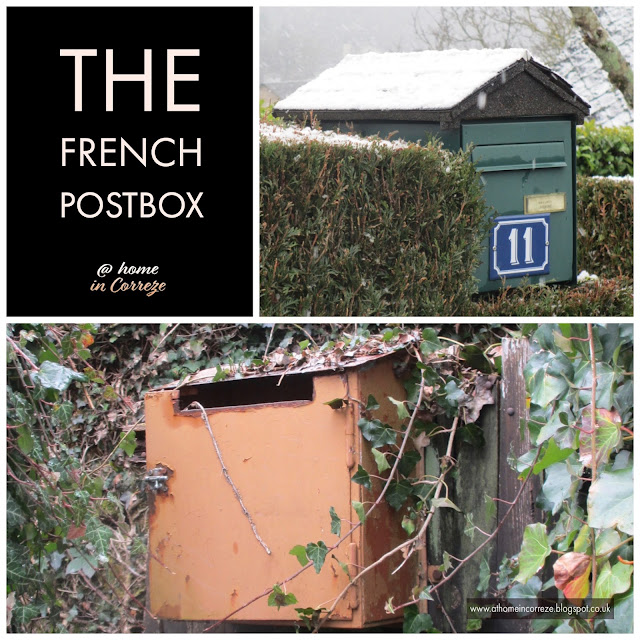 French front doors rarely have letter boxes, everyone has a post box. The Notaire's House didn't have a box and our kind postman would either bring the letters to the front door or stick them in the gate but we felt bad so went out to get a post box. I confess I wasn't inspired, they're nearly all the same and dull colours. We decided to put ours on a post as I didn't want it to go on the wall or fence. We read the instruction, just as well as it had to be at an exact height.


Anyway it was installed just before Christmas and we had a few cards and presents. The first time we opened the box we were impressed at the orderly pile of letters, French postman must be trained to get the letters through the slot in a tidy manner we jested.

It wasn't until the first large box arrived that it dawned on us that French postmen must hold a master key. Now we knew why all post boxes were the same. It's actually a good system as we rarely have to wait in for a delivery and there is less signing for goods. French companies seem to think about their packaging as the Nespresso coffee box was a perfect fit - just enough room on top for a few letters.