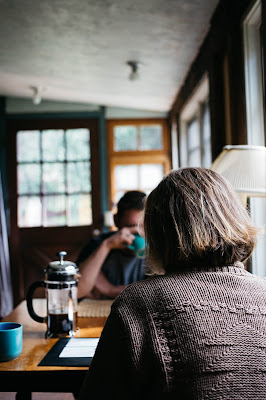 Living in France a love affair was inevitable really, after all it happens all the time here. You feel you should tell Andrew? I wouldn't bother, I think he suspects, after all it's hard to hide these things isn't it? The far away look, the quick exit to a dark mobile phone screen. Quickly closing the iPad cover when he comes into the room. I spend time on Facebook stalking associates of my new found love, eager to find out more. I don't write their name in full, that would be too obvious, it's initials only.  It's lucky that this week I've been painting in La Grange, it leaves my mind free to wander about what could be... 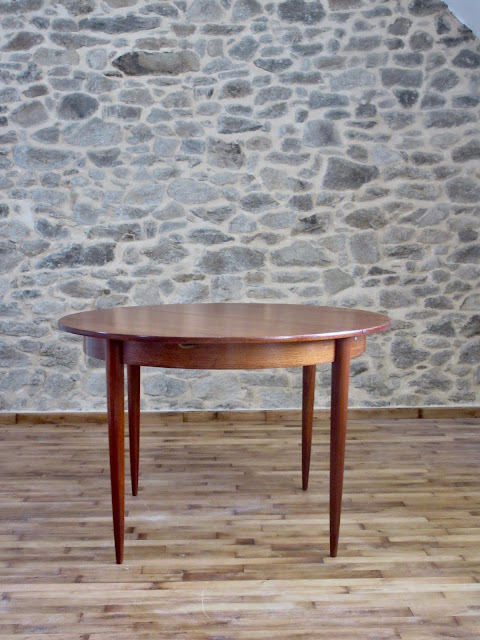 Yes it's a table, but not any table. An original late 1950's teak table designed by V.B Wilkins, with an extendable leaf. Sorry, it's not what you expected? You honestly didn't think it was someone tall, dark and handsome did you? No my new love is Mid Century Modern (MCM).

So how did this all start and what is MCM? Most of you know that I'm not keen on shabby château chic, genuine faded French interiors I do like but rooms like this one below leave me cold. Too fussy, cluttered and probably some really nice furniture being ruined with chalk paint and stencilled phrases. Painting furniture can be a great idea if the original finish is bad, or you are trying to get some unity in disparate pieces, I do it quite a lot but it should be done with some thought to the quality of the original item. 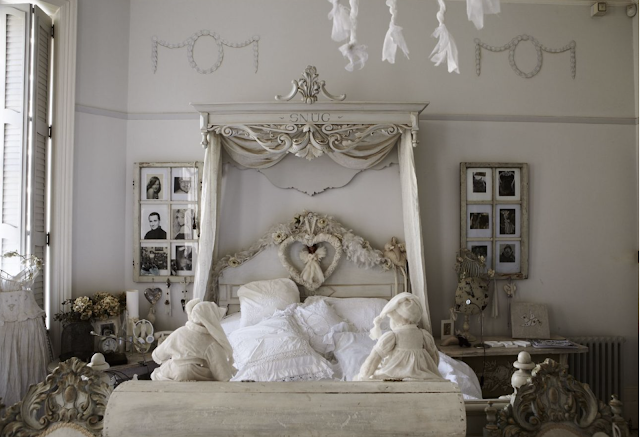 Our barn conversion has the bedrooms downstairs and the first floor is an open plan living, dining and cooking space. We've kept the high ceiling, light floods in and we wanted to create a contemporary space but with a vintage twist. The other reason for choosing this style is that the French gîte market is very competitive and we hope a more hip space will stand out.

Back to MCM - what is it? Authentic Mid Century Modern embraces architecture, furniture and art designed in the middle of the 20th century, loosely 1940's to early 1970's which are 'modern' in style. Aligned with the Modernism movement, the design aesthetic is characterised by clean, simple lines, the use of natural materials and is not usually overly decorated. My preference is for the furniture and art from the 1950's to early 1960's, I start to lose interest when plastic and psychedelia kick in. 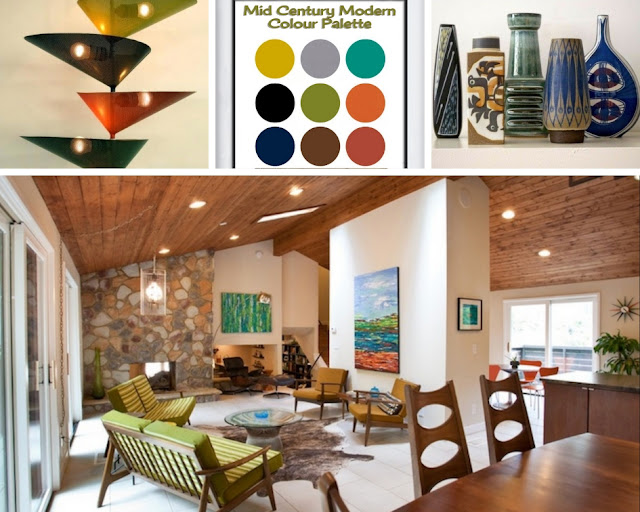 When I had an antique shop we rarely bought much past Art Deco, maybe the odd piece of ceramic, so my knowledge of MCM is limited. I know that there was quite an influence from Scandinavia, particularly Denmark, and I know the big names - Arne Jacobsen, Ray & Charles Eames, Eero Saarinen, Florence Knoll and Le Corbusier. In the U.S architect and designer Frank Lloyd Wright produced amazing living spaces, now much coveted, one has just come on the market for $23 million. You can buy architect plans for MCM houses, I nearly suggested to Andrew that when we finish the renovations we sell up, buy a plot of land and build one!

In my quest for more knowledge I've joined a couple of Facebook groups and I'm amazed at the furniture and artworks that they're finding, I'm very envious. I don't know enough yet of the influence that the movement had in France to know if I will be able to find the furniture and decorative pieces that I want. I've only been at this a couple of weeks but, along with the dining table, I've found a pair of easy chairs (that I need to reupholster) and a pair of early 1960's chairs that Andrew refuses to sit on until I change the furry fabric! I think finding pieces here may be tricky and I'll have to blend in some contemporary pieces but that's fine, but after all I'm not after the space looking like a Mad Men set.

and I have a friend in the U.K who has been tasked with finding me some decorative items. If anyone has something in their attic that they want to get rid of then let me know!

As the furnishing progresses I'll share photographs so you can see how we're getting on. Meanwhile if you want to see more examples of this style then have a look at my Pinterest page. If you want to know more about French barns you can find us here or the lovely Interior Design in France group. We would love you to follow us as we continue our renovation project in Corrèze.