Two go off to the seaside

If someone says "would you like a few days on the Côte d'Azur?" you don't say no do you? Particularly when it's a favourite aunt and uncle plus the opportunity to see your mother, who you haven't seen since you left England. We hadn't realised how all encompassing our renovation works have been, there have been times where neither of us can string a comprehensible sentence together. Couple that with adjusting to living in a new country and we were so in need of a break.

Each year my uncle and his French wife (guess who got to practice her French!) rent an apartment for a few weeks at the Residence du Grand Hôtel du Cap Martin, just next to Menton. Built at the end of the 19th century, originally as a grand hotel, its luxury suites welcomed the rich and famous - Emperor François-Joseph of Austria and his wife Elisabeth (known as Sissi), George V and Sir Winston Churchill amongst them. Exceptionally comfortable for it's time it boasted gas lighting on all floors, running water in the suites and included La Grande Vacherie du Cap Martin with 30 cows to supply guests with dairy products. It was extended in the early 20th century and had it's own tramway from Menton. The First World War started its decline and after a few attempts to reopen and diversify it was finally turned into apartments in 1959. 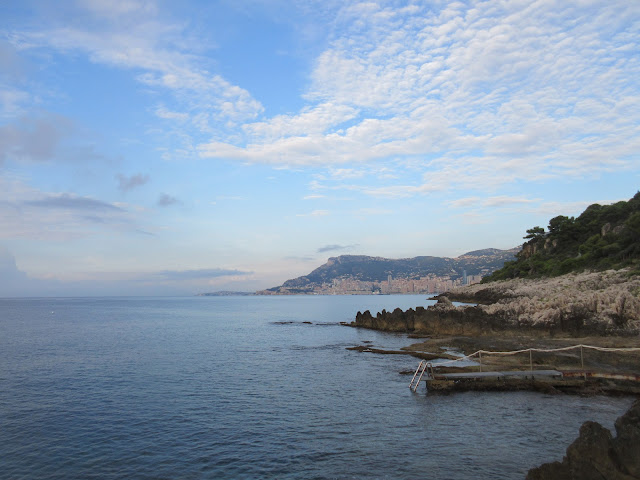 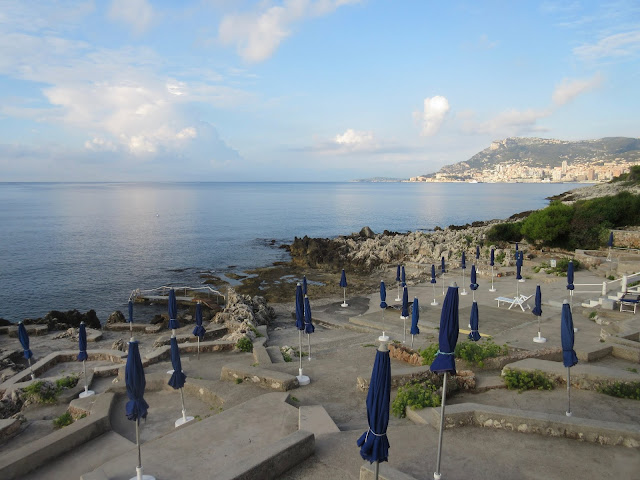 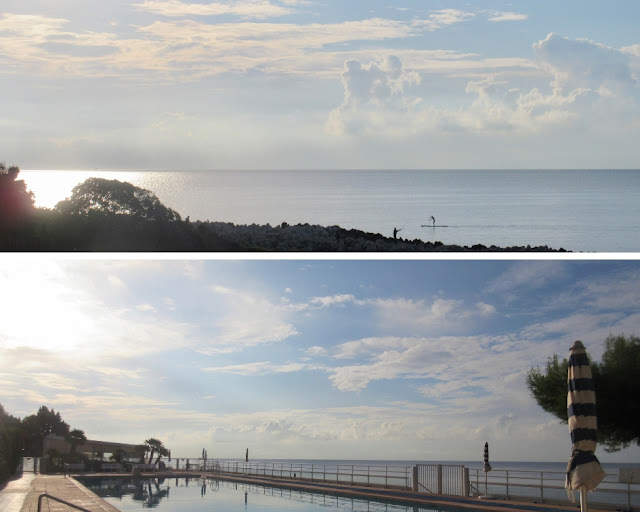 For us it was a few glorious days where the only decision we had to make was choosing from a menu. The apartment was on the ground floor with a small secluded garden. At about 7:30 a.m. we would don swimsuits, walk through the semi-tropical gardens to the sea and spend 45 minutes or so swimming. Back for breakfast outside, shower and then driven to Italy for lunch (the border is only 20 minutes or so away). A leisurely meal and stroll around, back for a late afternoon swim. Light supper and drinks on the terrace. Repeat the following day.


The scenery and architecture were completely different to what we have become familiar with in Corrèze. Palm, olive and citrus trees, the smell of rosemary and thyme as we walked to the sea. The area was once owned by Italy and this influence can be seen in the flamboyant colours and over the top decoration. We heard as much Italian being spoken as we did French.

Although brief, we certainly enjoyed our stay and would definitely recommend the area. I believe that some of the apartments are available on Air BNB if anyone was interested.