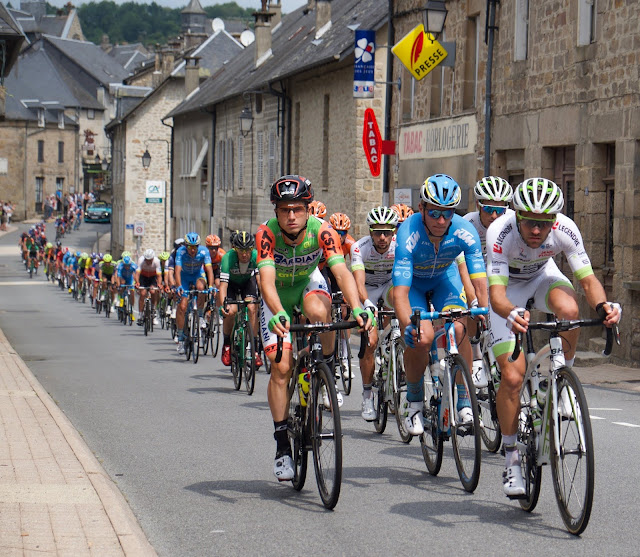 Not THE tour but Le Tour du Limousin. I have to confess that until the TL was painted on the road outside our house I had no idea that there was a tour in the region, however I now know that it has been going since 1968 and is an UCI Europe Tour 2.1 event. I have no idea what this means but it seems quite serious. 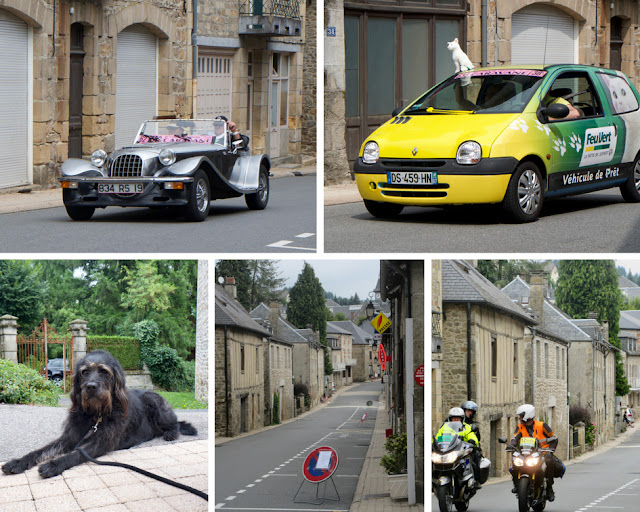 We were stage three, Egletons to Uzerche, and the fun was scheduled to start at about 12.15 with the 'caravane'. We had received a note from the mairie warning us of road closures and parking restrictions and from about 11.30 things started happening. A gendarme settled himself outside the auberge opposite us and a man with a double-sided red and green lollipop appeared at the junction. For the first time since we've lived here there were no cars parked outside the tabac. Small groups of people gathered on the steps of houses, chatting to neighbours. I put two of our garden chairs on the pavement, tethered Mortimer and sat expectantly with a cup of coffee and a chocolate biscuit.

A few tourist cars (we could tell as they were registered to different departments) drove up the road looking a little bemused and a bit panicky when they saw the gendarme, but they were waved through. Quite a few official motorcycles came along, for what purpose I'm not sure but eventually the 'caravane' appeared. On a smaller scale than that of the Tour de France, but fun nonetheless. First off was a vintage car parade and then the publicity vehicles. Some children had strategically placed themselves to catch the most giveaways, and had a happy half hour comparing their finds and eating the sweets.

It went quiet for a while, the car with the 'juge' came through and caused much amusement as he started to go the wrong way and had to reverse down the course. Some of the support team vehicles came whipping through and I decided to move my chair back a little. Then a small group of riders came through, I'm sure they were significant as they were in formation and each one seemed to represent a different team. But I could have made that up! 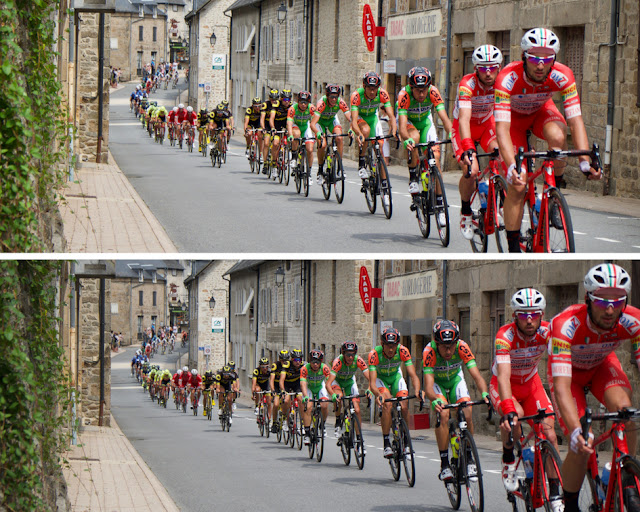 Eventually the main phalanx came through, and my they were moving. We knew they were on their way as we could hear the cheers further down in town but the noise of the wheels was incredible. And then they were gone. More support vehicles came through and it was over. I don't know if we are always on the route, I suspect not, but it would be great if we were. 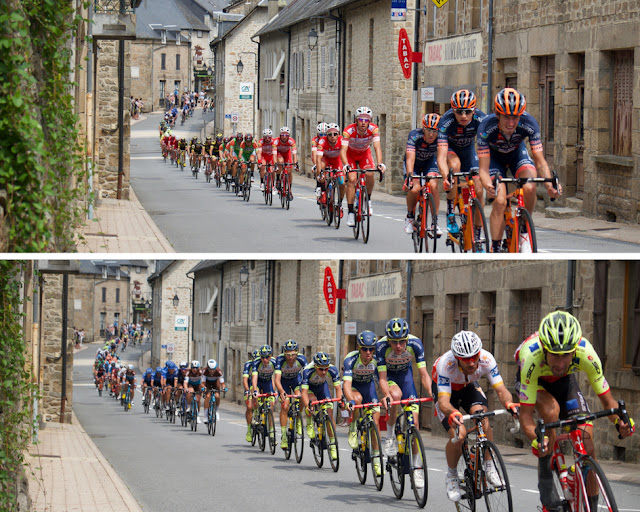 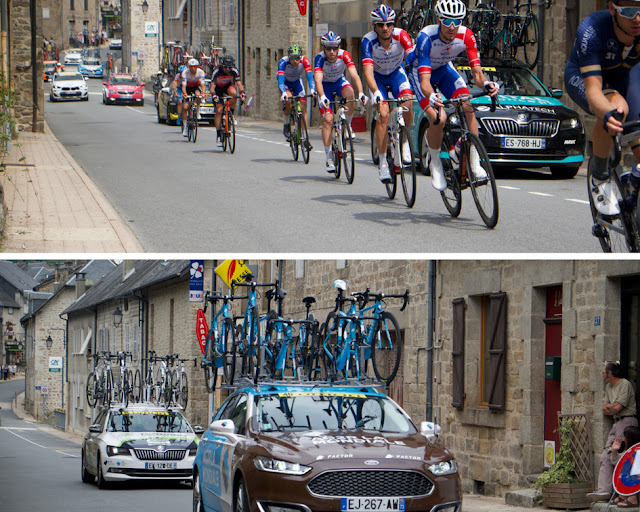