You are probably saying that by their nature guests are temporary, but this is the room, not the guests. We have friends and family visiting over the next few months and no way could they stay in the room we'd allocated for them. The views are terrific, overlooking the garden from one window and the old town from the other but there the loveliness stopped. An old roof leak had been repaired but not internally, the windows were falling apart, one had been 'repaired' with sellotape and there was an old wasps nest nestled snuggly between two beams. It was not inviting. 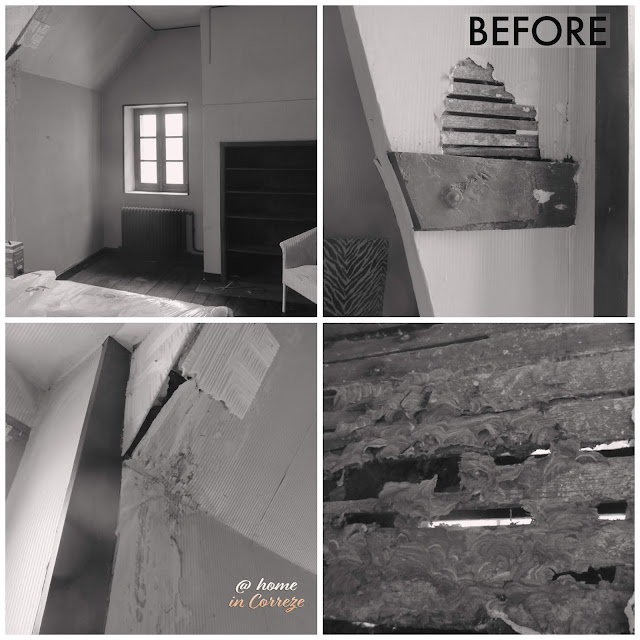 The problem we faced was the long term usage of the room, it may still be a guest suite but the likelihood is that part of it will be a bathroom, so we did not want to spend too much time and effort on it. Or so we thought. 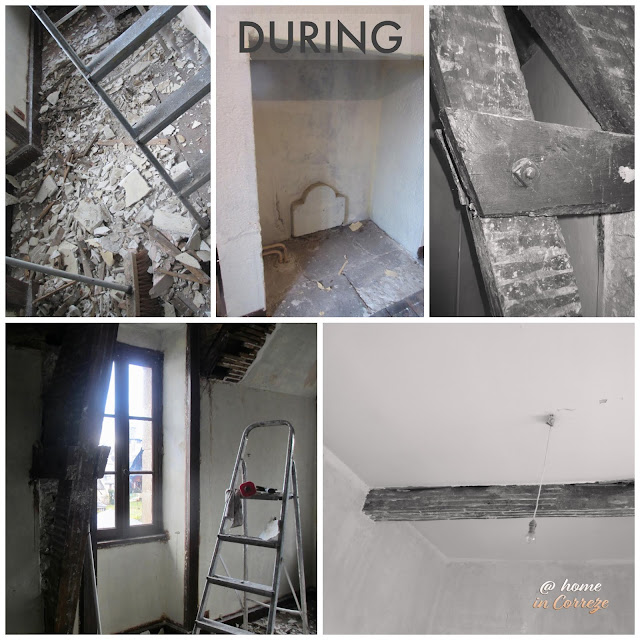 I stripped the wallpaper off and down came most of the plaster around one of the windows. At this point I could see daylight through the lathe and plaster so I took down all of this section of the ceiling. We insulated and put up new plasterboard. After I had stripped everything back we realised that the dormer was quite interesting internally so Andrew decided to make a feature of it and open it right up. It looks great now but took a lot of work, particularly for something meant to be a quick job. The walls were in a real state and took days of filling and sanding, they are still far from perfect. Two vertical beams were uncovered in the wall between the other bedroom and the infill is different so I assume that there was once a doorway there. The main beam had been plastered and wallpapered so I took it back to the wood and cleaned up the wasp nest. A shelving unit had been built into the chimney breast, when we pulled it out the original granite fireplace was still intact. This part of the house is the oldest and has lovely wide, uneven chestnut floor boards which took several days on my knees cleaning and waxing. 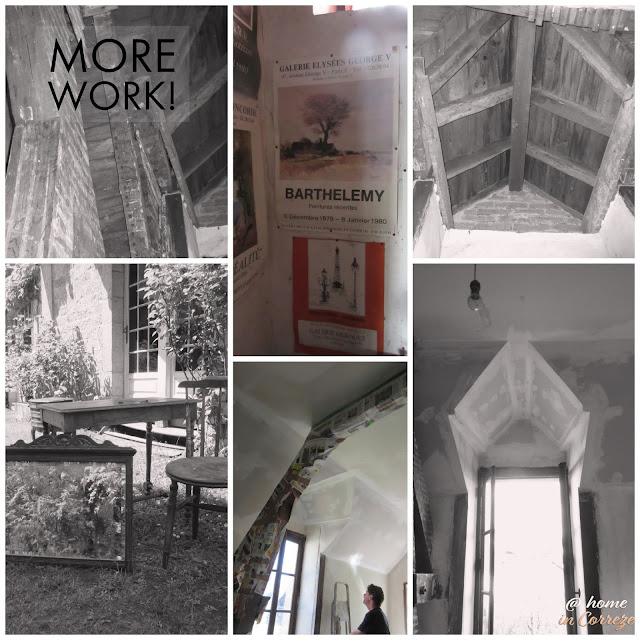 Finally I was able to decorate and furnish. I have previously posted on the furniture but I was also able to recycle the artworks. In the garage we found eight or so old gallery posters. They were a bit grubby so I cleaned them with some bread, bought some inexpensive poster frames and now they look really good, adding to the calm space. One of the armoires we inherited with the house has a lovely mirrored door so we manhandled this up the stairs and Andrew fitted some rods so coat hangers fit. I still have to sort out window treatments, which are a bit tricky and find a bedside light. 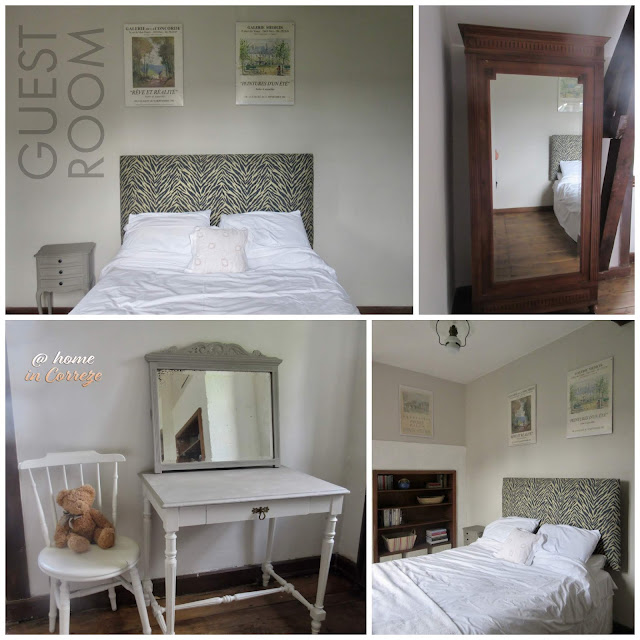 It's not perfect, the quality of preparation and painting is not up to our usual standards but it is still the best room in the house! Next I have to make one of the notaire's old offices into a guest room for our niece, I think it will be a little basic but at least she will have her own space.