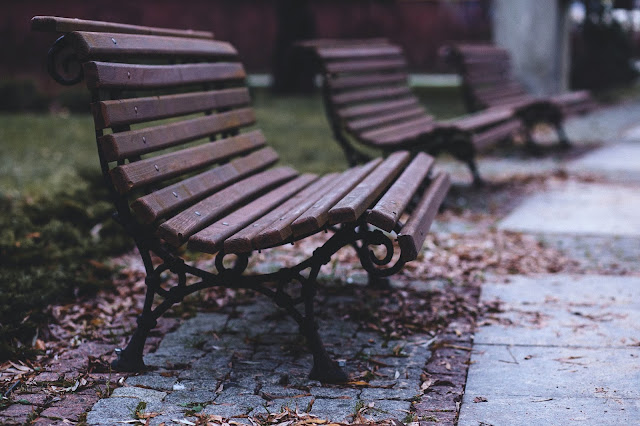 Hello? Anyone there? I suspect you've all abandoned me by now. For someone who thinks blogging should be a weekly affair then this is a pretty poor show! I have no excuse, Mortimer has not eaten the wifi cable, floods and tempests have not swept through Corrèze, it's just life really. And deadlines. Now I know that a practitioner of slow living shouldn't really be concerned about such things as deadlines but sometimes we have no choice.

Our focus over the past few months has been twofold, for Andrew the house rewire and for me the pointing. I understand that these don't sound too bad but trust me they are. How Andrew has remained focussed I have no idea, he is blessed with dogged determination and the ability to think in 3D. A rewire is a big job anyway but a huge undertaking when nearly every room has at least changed shape and quite often form and function too. What do I mean? Well take guest room three a.k.a. the Artist's Room. This has been created through the merging of a corridor, the old kitchen and a loo, with the ensuite being half of the original bathroom (see image below)


There are hundreds of decisions to be made, I have to know where furniture is going and preferably specific pieces. Why? If we take a bedside cabinet for example then the height could effect the placing of sockets and switches.  What will guests want in a room? heated towel rails? underfloor heating? Do we have a range or two ovens? How many sockets do I want in the kitchen and where are they going? T.V. internet, wifi, hubs and ethernet!!!!! And so it continues. On one day alone over 250 metres of cable was laid and that was mainly for the kitchen.

It's not just where sockets/switches are placed, it's where they switch from. Is it a two or even a three way? Do I put a dressing table socket on the left or right? Andrew can't wire if he hasn't got walls in place so they've been built too but of course some of these will have plumbing in them... Fortunately Andrew's graphic design skills have been invaluable as he can get all this down 'on paper' with accurate measurements (although there are times that I still insist on chalk marks on floors.) Before anyone comments the dotted lines show the switching links and not the actual cable runs.


I know he is my husband and I'm biased but Andrew's skills and abilities amaze me - how he does all this, how he knows what to do, how he thinks so many steps ahead I really can't comprehend. I am involved in the planning particularly with furniture placing and functionality but it's not that hard to say 'oh yes I need a dressing table here with a socket for a hairdryer' is it? Or to choose some paint and wallpaper.

The kitchen layout bugged us for almost a year and we've finally put that one to bed. We then moved on to our suite. We've kept the sitting room on the first floor with the three chambre d'hôte rooms and separated ourselves downstairs, creating servants quarters behind the kitchen! I know this sounds a little odd but it means that we can keep some personal space if we feel that we need some time apart from guests. Our area is a bedroom, ensuite and dressing room as well as a pair of comfortable chairs and small table in the kitchen. Breakfast à deux in the dining room, table for 12, under the chandelier would seem a little odd!


My focus has been the stone walls in the dining room and entrance hall. Originally plastered with the addition of concrete and wall carpet, these two rooms suffered from damp (they were originally stables). Stripping everything off and exposing the stone gives the walls a chance to breath. I'm not the fastest pointer in the world, although I've definitely sped up, but it is a time consuming job. I do enjoy it though and it's nice to think that once it's finished we will never have to redecorate. 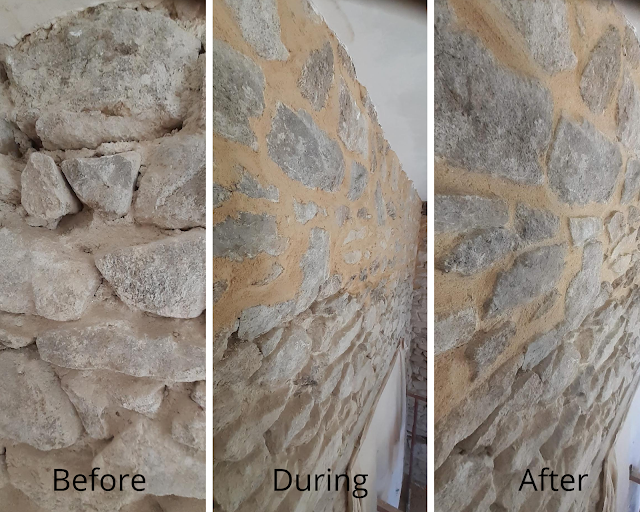 There has been life outside of work though. The summer season is in full swing with night markets, concerts and vide-greniers all back. We've enjoyed socially distanced apéros with friends and the occasional coffee out.

It's been very warm and with only about 3mm of rain in the last month which has meant a re-ordering of our day. Mortimer's evening walk has become quite late, rarely before 9 p.m. but we love walking through town at this time. Many of the houses are filled with families on holiday, windows are flung open to let the cooler evening air in and you can hear the chatter and laughter. Sometimes music is playing and I take sideways glances into houses that are usually shuttered up.

This week I'm downing tools though as my oldest (not in age but we have know each other for nearly 50 years) is coming to stay. We share August as our birthday month and her husband surprised her with a trip so we can celebrate together. So apart from some fairly major housework tomorrow the rest of the week will be spent enjoying summer in Corrèze.

If you can't wait another 4 weeks for the next update(!) then feel free to join us on Facebook or for sometimes very random photographs of daily life in Corrèze then we're here on Instagram