Since we've lived in France we haven't had 9 to 5 office jobs so giving structure to the week is important. If we don't, time has a habit of going either of two ways, a day may drift as something catches the imagination and before you know it Mortimer is demanding his evening meal. The other option is that we work on the house restoration seven days a week which is tiring, physically and mentally. 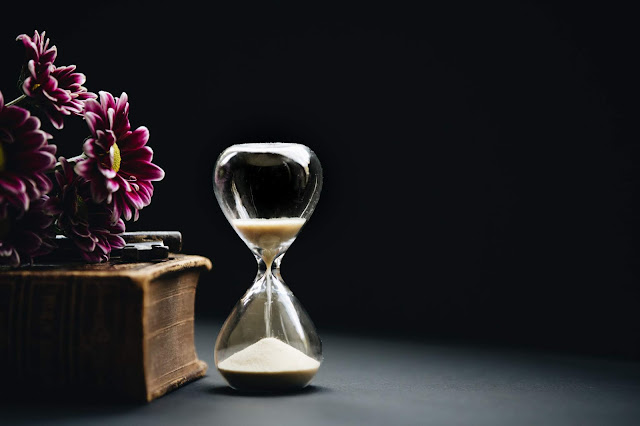 We try for a working week of Monday to Friday, alarms are set and there is a regularity to the days. Saturday is usually still for jobs but a gentler type of labour - gardening, maybe some research and even occasionally some household chores! We have a couple of good markets nearby so they may get a visit. Sunday we always try for a slow day, breakfast is leisurely and croissants replace cereal. It's when Mortimer gets an extended walk and long, relaxing meals are enjoyed. In the summer we may go to a vide-grenier or explore some of the beautiful countryside that we have in Corrèze.

Although we set our own weekly structure, living in the village also helps. I wrote this post a while back and up until three weeks ago it still held true but not anymore, since lockdown the village rhythms have changed and it's quite disconcerting. There is definitely less traffic in the morning, the college is closed and fewer people are working. The small gatherings of people lallygagging are not there, no longer can I hear the 'ladies who coffee' chatting in the restaurant. At about 10 past each hour the college plays a short burst of 'Under Pressure' which echos across the town but that is now silent too (actually not a great loss!) The church still chimes on the hour but the long 10.45 peal to call Sunday mass has stopped. We live just a few doors from the tabac which is now only open in the morning so afternoon traffic is non-existent. Without the ability to leave the house we are having to try even harder to not work seven days a week.

I have quite a lot of upholstery and furniture projects to do for the bed & breakfast rooms, last count there were at least eight chairs and I'm not even looking at chests of drawers, dressing tables and beds. So my plan is that on Saturdays this will be my task. Well it's hardly a chore as I really enjoy doing it. I'm going to start with the chairs, strip them down, sort the woodwork out if necessary and get them all up to calico stage. I haven't allocated them all to rooms yet and with design schemes still to be finalised it seems a good stage to get them to. Also the house will continue to be a dusty building site for a good few months so putting final fabric on would be pointless. The weather this weekend was glorious so I took two chairs into the garden to start. The first one was easy, it had only had one set of covers so no multiple tack holes which is a bonus. It was easy to strip and not much of the woodwork needs repairing. The second was a different story entirely. A much older chair that had been recovered with some petit point work. I took the back off first to find dozens of dead moths! The stuffing was a mix of horse hair (which was OK) but also some really nasty rotting wadding. Really pleased I was doing this outside and with a mask on. The tacks are proving really difficult to get out but I shall persevere, I have a few tricks for this task. Moral of the story, if you are buying old chairs to recover, always try and strip down as many of the old layers as you can - you just never know what may be lurking there! 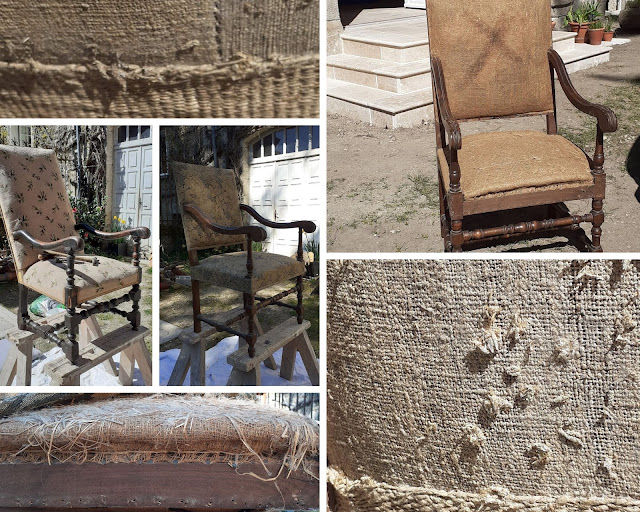 We have also had a breakthrough on the kitchen design. Regular readers may know that this has been an ongoing issue between Andrew & myself but with work on the electrics having started we needed to get a layout finalised. Again we both hit the design boards and finally we have agreed a design. We've both made compromises but the design is better for these. I do however confess to have gone a little pale when I saw that Andrew had a label 'steam punk table' on his!

I have finally got round to starting on Instagram, it's taken a while and I won't be flooding it with posts but if you would like to take a look then we're here. I'd love to see what you share too.

This week is Easter and we're going to take a long weekend. The weather has been good and with a forecast of warm and sunny weather ahead it looks like week four of lockdown isn't going to be too bad. As always you can keep in touch with us on Facebook as a follower or friend, it's been lovely to make new friends, catch up with old ones and to be part of your lockdown life.