Last week, when it was still warm and sunny, we enlisted the help of a friend (confusingly another Andrew) to help us with some pollarding and general tree tidying.

We have two large 'tilleuls' or linden trees a few metres from the front of the house. These trees are typical of France and can be seen in many town squares and avenues, traditionally pollarded each year to keep their classic shape. Ours were certainly not pruned last year, and possibly not for a couple of years before that, and so were out of control. We considered getting a specialist in to do the work but Andrew volunteered, apparently he loves climbing trees and the opportunity to play use his chainsaw. 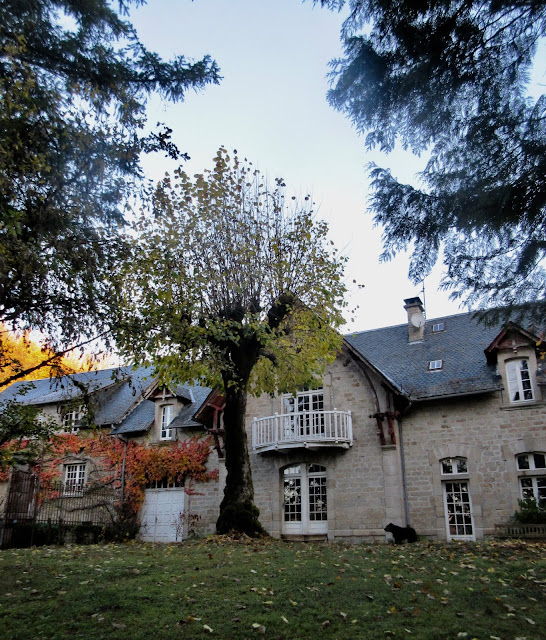 Mortimer, as you can see, was not impressed and stayed as far away as possible, unusual as he loves Andrew, well in reality he loves Andrew's ham sandwiches. I'm very nervous when chainsaws are being used and particularly when ladders are involved but the two Andrews were very careful and the day went without mishap. Unless of course you were a tree.


Not only did the two lindens get pruned but a tree that had grown in the wrong place and was causing damage to one of the specimen conifers was removed as well as some tidying up of our giant thuja. 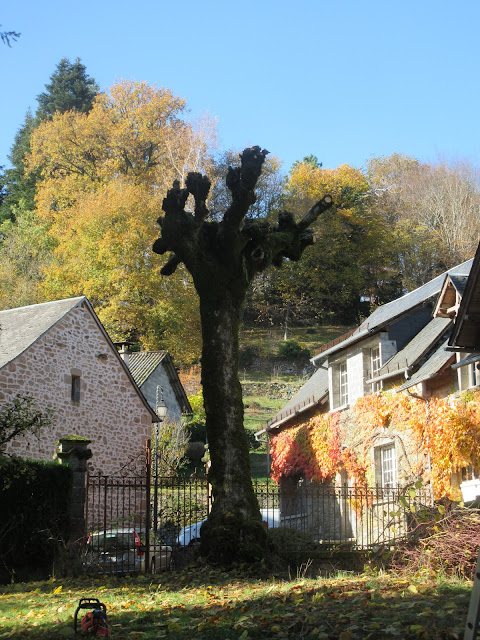 The garden is much improved and with more light coming into the sitting room (we can see the river now) so a big thank you to Andrew.