Our first French Easter was a little confusing. On Good Friday our friends and family WhatsApp group was chatty because everyone in the U.K was on holiday, but we weren’t. It led to a discussion as to national/bank holidays, would it be greedy to recognise both? Probably but we’ll see if we can get away with it! Secondly was the weather, Easter Saturday it snowed yet a few days later we were sitting outside in 23 degrees eating ice cream, having had a picnic by the Dordogne river. Between the two we had experienced intense thunderstorms. 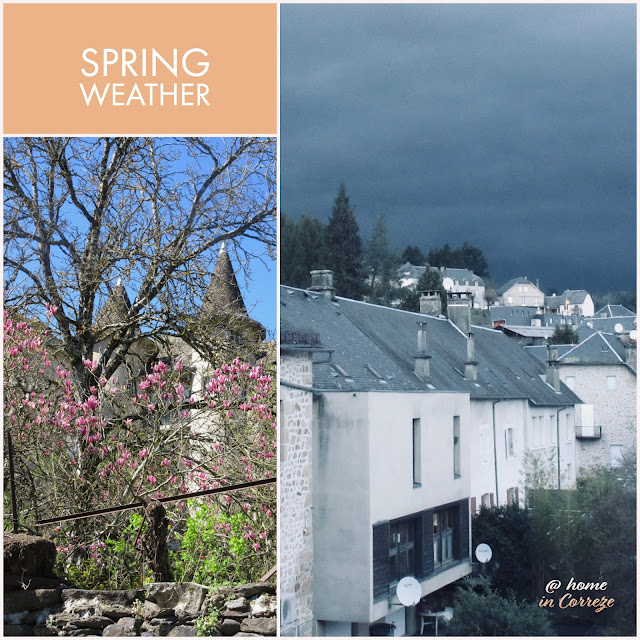 On Easter Sunday we went to Egletons, it’s only a short drive from us. We’re now regulars at the Sunday market but we had the addition of a vide grenier as well. As you can see from the photographs it was very busy, I can be spotted in the bread queue at the boulangerie. We were also treated to a some regional dancing which was great fun and undertaken with great enthusiasm. 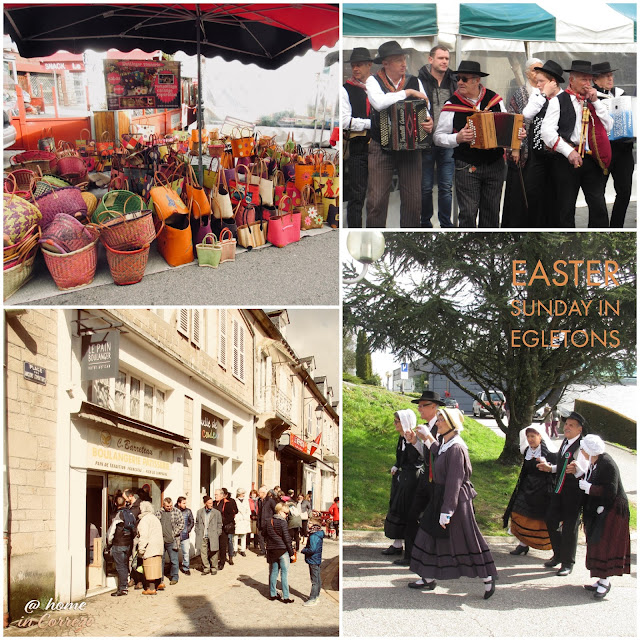 We have been working as well, on the barn and the temporary guest room. Andrew has put flooring down in the barn so we can now walk on the first floor instead of balancing on floor joists. It was nice to see the view from the windows for the first time. What wasn’t so good was one of the roof joists. At some point during the barn’s history two dormer windows were put in. Unfortunately whoever did this just cut through one of the A frame roof trusses, probably to stop it putting pressure on the new external wall but without giving any thought to problems that this might cause. We now have to put a 6 metre support in to spread the load. 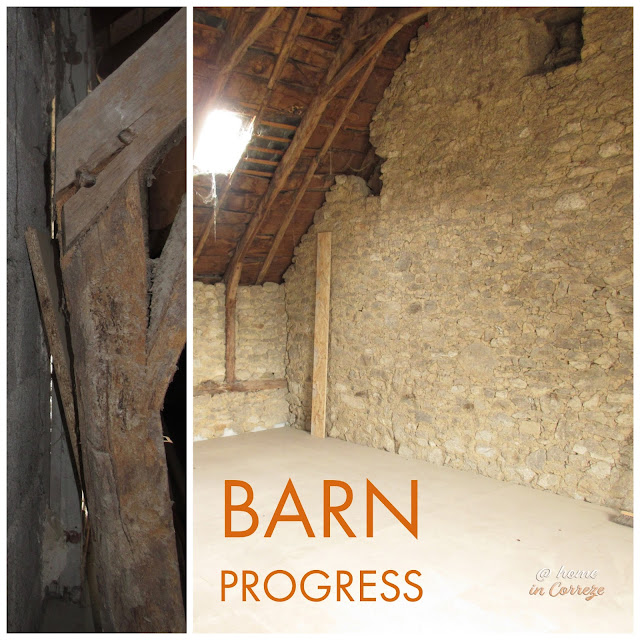 Work in the guest room has been slow, nothing is ever a quick job here. I wanted to give a facelift to one of the bedrooms so that it would be nice for guests, however one thing has led to another and there is still no paint on the walls! Fortunately no guests are imminent so I’m okay at the moment.

We’ve also had an electrician in to give some advice, particularly in regards to the main house. We’re not ready to tackle this yet but since I melted a lead fuse Andrew has been a little concerned. It’s not as bad as we thought (despite our fuse box dating back to 1959) and we do have circuit breakers. We now have to do electrical plans for both floors. Just as well that I've done the furniture and kitchen plans.


Still have to do the lighting, power sockets etc. overlay but the basics are there.